Lord Krishna’s birthday is celebrated, with great zeal and pomp, eight days after the full moon. It is on the eighth day of the month of Shravan according to Hindu calendar, and every year, the celebration period falls somewhere between August and September. This year it falls on the 25th August. The first day of this festival of celebrating the revered God’s birth is known as Krishnashtami or Gokulashtami, while the second day is called Kalastami or Janmashtami. Here’s an insight into how Janmashtami is celebrated across India –

As the legend goes, Lord Krishna was born to Devaki and Vasudeva in the kingdom of Mathura. So, as the birthplace of the Lord, Mathura dresses up in the most awe-inspiring way.Thee swings are meant to symbolize the cradle of Krishna. The festive look becomes even more prominent for the swings as ropes of flowers are attached to them. What is considered as the actual birthplace of Krishna has been converted into a temple called the Krishna Janma Bhoomi Mandir and the main celebrations in Mathura take place here.

One of the most important places of pilgrimage in India, Vrindavan is where Lord Krishna spent much of his childhood. Now a city, Vrindavan, like Mathura, is one of the places that have mythological importance because of their association with Krishna’s life, and celebrates Janmashtami with great zeal. There are some important temples here, such as Shri Krishna Balram Temple, Rangnathji Temple, Radharaman Temple, Banke Bihari Temple, ISKCON temple, etc. for the most important rituals. In fact, the temple have a fixed schedule. One of the highlights of Vrindavan is Madhuban, believed to be the Lord’s spot of Raas Lilas, which comes alive during this time. 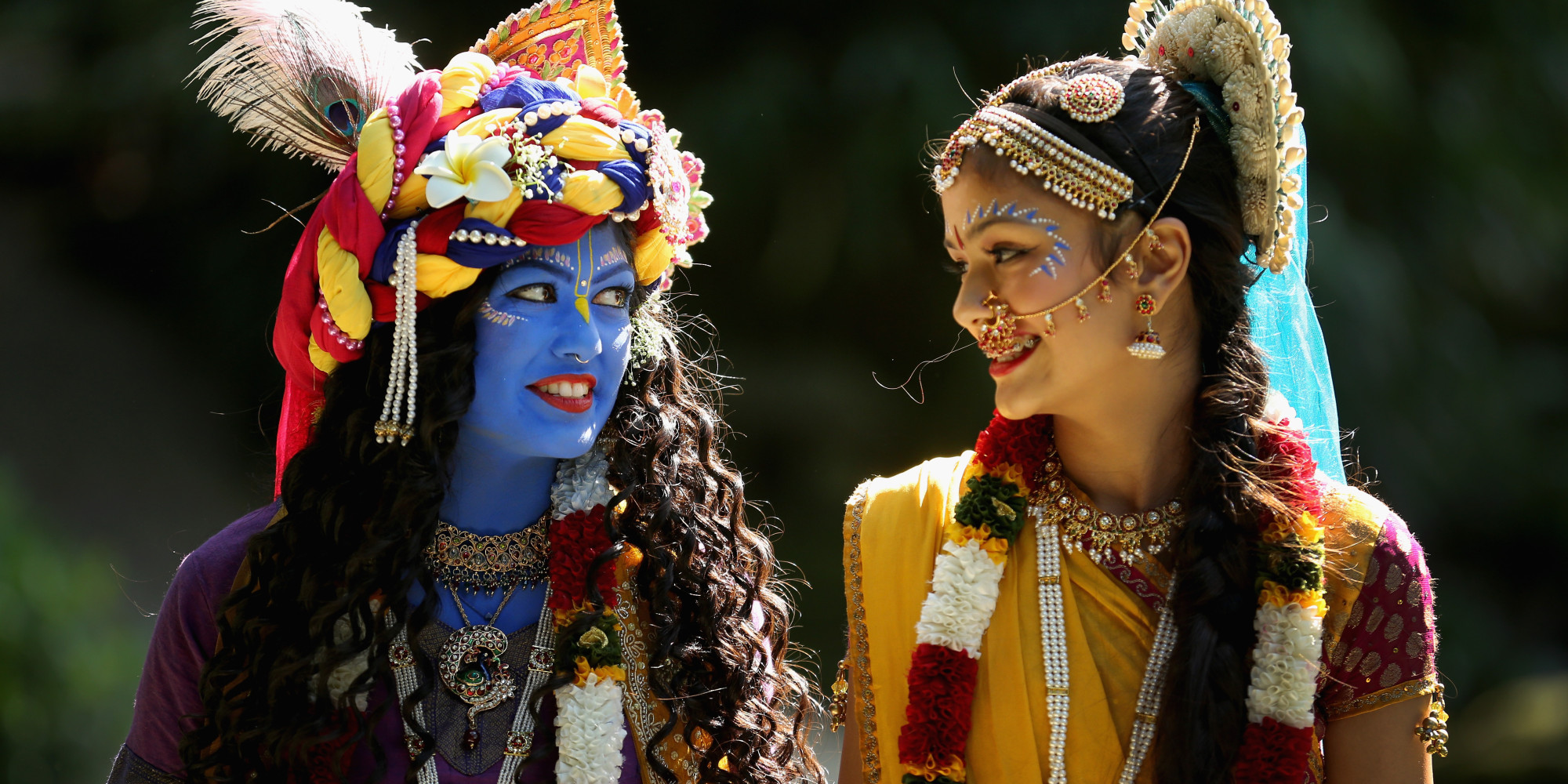 Dwarka, often identified with Dwarka Kingdom, is believed to be the kingdom of Lord Krishna. The Dwarkadhish Temple is dedicated to Him. The city assumes a whole new look during Janmastami, and is one of the best among the Janmashtami celebrations in different parts of India. The celebration and decorations in Dwarkadish temple are renowned all over the country. Here, Krishna is worshipped in His infant form, amidst bhajans, kirtans and sermons. Rows of lights brighten up the place, which brings out the festive spirit all the more. Lord Dwarkadhish is adorned with precious jewelry of gold, diamonds, Topaz, etc. Devotees go to Shankhoddar Beyt after visiting the main temple. Women all across Gujarat follow the strange custom of playing cards, as they give up on their housework for the day.

The followers of Lord Krishna are all over India and they celebrate His birth in different states. In Maharashtra, for instance, the festival is of great importance, particularly Gokulashtami, which is known by the name Dahi Handi in this state, as a number of young people, who symbolize Govinda or young Lord Krishna, form a human pyramid. They aim for the pitcher of Dahi which is hung at the top by a string, as they keep chanting “Govinda, Govinda” while doing it. Once they successfully reach the pitcher at the top, they crack it. The whole ordeal is to commemorate the activities of young Krishna, who is believed to steal all the curd and butter in his own house, as well as other houses.

About 60% of the people in Manipur are Hindus who belong to the Meitis community, and are Vaishnavites. Even though in the recent past, the Hindus in the state have faced some economic blockade, with some Christian sects continuously placing hurdles in the celebration of different Sanatani rituals, nothing has been able to deter the devout Hindus from celebrating the birth of the Lord. The Hindus in Imphal are ardent followers of Lord Krishna, and their devotion is seen in their delightful celebrations.

Janmashtami celebrations in South India include Karanataka, Kerala, Tamil Nadu and Andhra Pradesh that celebrate Janmashtami in a spectacular way. In Karnataka, the Krishna Janma Mahotsav Samiti of Kadri holds special Krishnashtami celebrations every year.Janmashtami celebrations in Tami Nadu are enjoyed with preparations of special sweet dishes. Besides, Murukku and Seeddai are also prepared to offer to Gokulnandan or Shri Krishna. Special delicacies are cooked from milk and milk products, as Krishnaji loved eating these. The day is filled with Sanskrit chanting and bhajans. People visit temples and offer prayers and chant the name of the Lord the whole day. 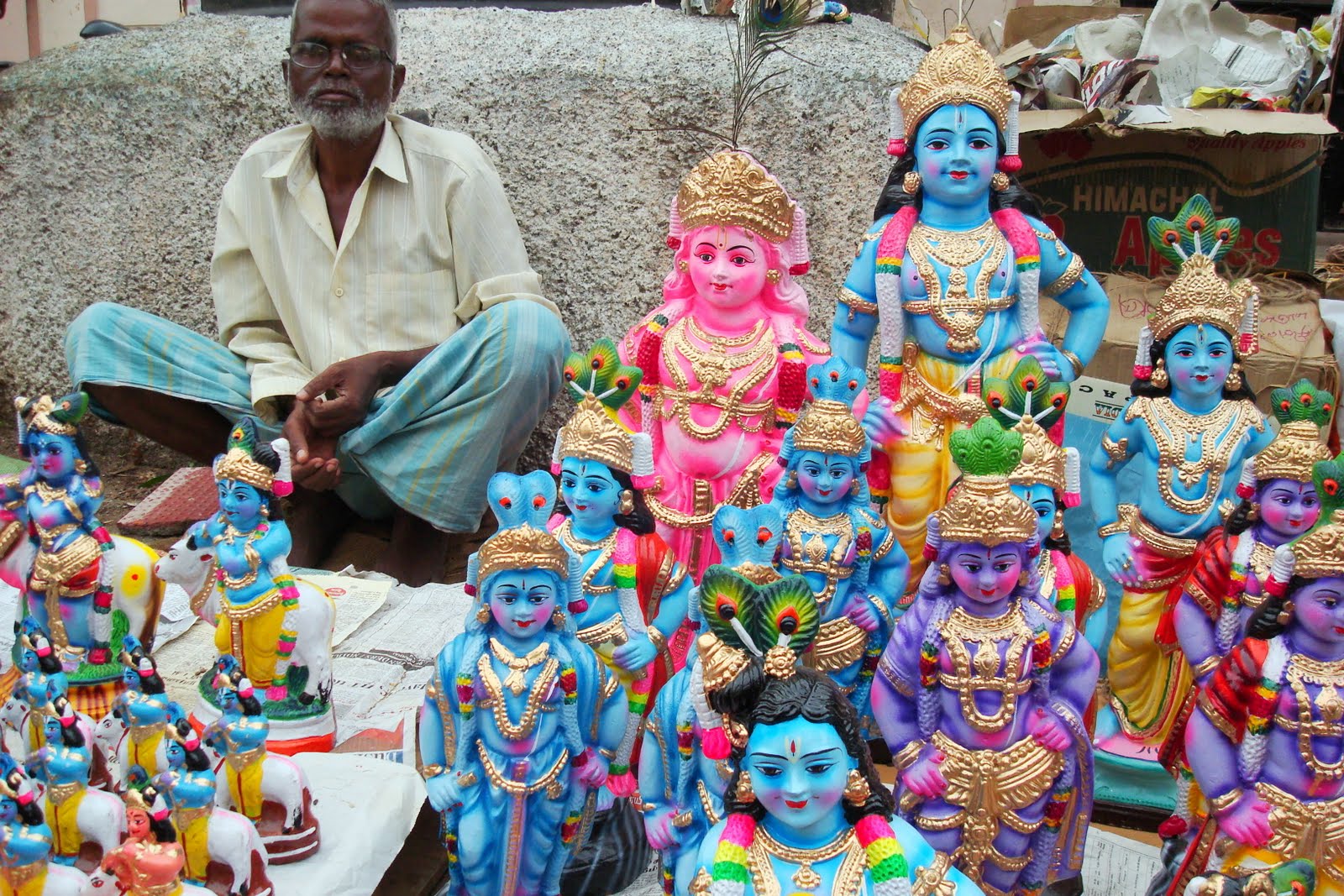 So how are you celebrating your Janmashthami? Let us know in the comments below.